State Senator Greg Reed was born and raised in Walker County. A proud graduate of Cordova High School and the University of Alabama, Greg is an integral part of our state’s politics, his local church, and his community. With three legislative sessions under his belt, Senator Reed has experienced first-hand the workings of our Alabama legislature.

On a beautiful spring day in early May, I was able to catch State Senator Greg Reed at home enjoying a rare off day just before the last two weeks of the legislative session. Greg was spending the morning completing glamorous tasks such as organizing the basement storage area and trimming the yard. Mundane chores are often a welcome break from a busy schedule of traveling between Jasper and Montgomery on a weekly basis and maintaining business contacts. Casually dressed for the tasks of the morning, Senator Reed was relaxed and at ease as we sat in his living room and discussed the events of the previous weeks and previous years that led him to this point in his life.

78 Mag: What led you to get involved in politics?

GR: I have always enjoyed politics. I was the guy in high school who was the president of the 9th, 10th, 11th and 12th grade classes. I just enjoy it. When I was at the University of Alabama, I was involved in party politics. After that, when we moved back to Walker County, I became involved in Republican party politics and served for eight years as the Senior Vice Chairman of the Republican Party of Alabama. This experience was very different from actually serving in an office, but it gave me an opportunity to learn a lot about the political landscape and meet a lot of people who I would otherwise have never had the opportunity to meet. When the timing was right for my family and my career to run for office, I knew it was what I needed to do. Serving in a political office was never a decision of “Do I want to do this?” but rather it was a decision of “When should I do this?”

78 Mag: After all of your experiences, were you prepared for the challenges of serving in a political office?
GR: Actually, no one could have possibly prepared me for the job of State Senator and what all it entails. It has been quite challenging, but at the same time, it has been very rewarding as well. There is no instruction guide or playbook for being an Alabama State Senator. It simply involves deciding what issues you feel strongly about and then figuring out how to maneuver those ideas into the methodology of how the system works so that you can best serve your constituents. It involves a lot of learning on the job. When the tornadoes of 2011 happened, this district was devastated. I had only been a senator for four months and I had no idea what I could and could not do, but during that critical time, I pushed the envelope as hard as I could. I made demands for my district that I otherwise would not have been bold enough to expect and I gained a lot of on the job training in a very short period of time.

78 Mag: You have served in three legislative sessions so far. What do you call your greatest accomplishments as a state senator?

GR: There are two things of which I am most proud. First, Senate Bill 10, which passed last year, allows Alabama to opt out of using federal funding for elective abortions under the Affordable Care Act. Had we not done that, there would be an enormous amount of federal resources that would be funneled through Medicaid for elective abortion procedures. Although the pro-choice movement strongly opposed the bill, I have received a lot of good feedback from my constituents who support pro-life efforts. Second, this year we have passed landmark Medicaid reform in the state of Alabama. I spent the past year educating myself as much as possible about Medicaid and I easily recognized that we had to do something about the growing issue. Between 2009 and 2012, Medicaid grew from 25 % of our state general fund budget to 36% of the general fund budget – with no end in sight. The recently passed legislation divides the state into regional care organizations that will be responsible for providing patient care and monitoring patient progress under a capped budget. This will both improve the overall medical services provided while controlling the immense growth that is dominating our state budget. We anticipate this program will save our state 50 to 75 million dollars a year.

78 Mag: Let’s talk about the School Accountability Bill. Explain the discussions about how that bill was passed.
GR: First, let me say that there are some things surrounding the passing of the bill that I would have liked to have been handled in a bit of a different way. At the same time, within the workings of the legislative session and committee meetings, some decisions simply must be made on the fly. However, most of the last minute modifications of the bill were not brand new issues. Many times, the different components of a bill have been in the discussion the whole time, and it is just a matter of which sections will actually make it in the finished product. There are always two sides to every issue, and each party is simply trying to use the rules of the system to get the outcomes that they want. For me, the substance of the legislation was a whole lot more significant than the way that it actually happened.

78 Mag: Many have been critical of the bill. Take a moment and explain the substance of the legislation.
GR: In some scenarios across the state, we have high schools that have twenty and thirty percent graduation rates. When you realize that we are spending billions of taxpayer dollars on education every year, yet in some areas, 70% of the students served are never graduating, then something must be done to break the status quo. I have come to realize in the business of lawmaking that if you are looking to change everything, you will always be disappointed. But if you are looking to move the needle just a little bit to make things better, then you will be able to have the reward of some accomplishment.

78 Mag: The situations you have described are simply not the case in Walker County. We have strong school systems. How will this bill affect people in your district?

GR: Please realize that the bill had two different parts. First, the part that allows parents of children in failing schools to use taxpayer dollars to send their child to a successful school is only one part. Second, the part that will have the greatest impact for my district is the flexibility section of the bill. This was the largest part of the bill but it got the least amount of publicity. This legislation allows local school boards some amount of flexibility to put unique programs into play even if they are not currently allowed by school regulations. Great school systems like the ones in my district will embrace this flexibility and I believe they will use this section of the bill to put some really good ideas into action. The Accountability Act at its core is about flexibility, and every school system in the state will benefit from this flexibility. This main portion of the bill addresses the red tape and hamstringing of rules and regulations that can now be flexed out of to let local school systems choose what’s best for them. The tax credits are only for those stuck in persistently failing schools. At the same time, it’s a choice for the parents; they don’t have to take it.

78 Mag: You took a lot of heat over your support of the bill and the AEA even placed a full page ad in the local newspaper accusing you of voting against the school children in the state. How do you handle that type of public criticism?

GR: You have to realize, when you are presented with a piece of legislation, it is like being presented with a whole pie. There may be a slice or two of the pie that you don’t necessarily want, but you have to determine is the whole pie worth consideration even though there may be one or two elements you don’t agree with. You don’t get to pick and choose the parts of legislation that you vote on, you vote on the entire legislation. Even though I do not have a significant number of failing schools in my district, the knowledge that there are a large number of failing schools across the state will have an impact on our state as a whole. Actually, the bill has already been modified since it was passed and I believe the modifications make the bill even stronger. In truth, the funding for the Accountability Act will amount to about one half of one percent of the entire educational budget. With that in mind, I thought it was worth a try. But, it was disheartening to wake up on a Sunday morning to see a full page ad in the paper that says I am against education. Yes, sure, it is hurtful. I don’t feel like I have betrayed the schools. I am so committed to doing the right things for our students. My goodness, I have three boys in public schools, so the idea that I would be anti-education is just not true. However, every special interest group has a right to say what they want to say. The advertising was bought with union dues from their membership, and they have the right to have their say.

78 Mag: So what are your long range plans?

GR: I plan to run for re-election, God willing. That is for sure. If in the future, an opportunity presents itself that might allow me to serve the state in another capacity, then I will evaluate it in relation to my family and my business. If those things line up, then I will certainly be open to that. What’s most important to me right now is to serve my family, my community, and my state.

78 Mag: Lastly, tell me what you see in the future for Walker County.

GR: I think Walker County is poised for the most significant economic growth that we have seen in thirty years. We have the interstate, which has been a long time coming, combined with rail and water transportation sources. We have a strong workforce that has an excellent work ethic and possesses a lot of technical and journeymen skills. Soon, our state will fully move out of the recession and I believe there will be new investments looking for a place that has all of these elements in place. We are perfectly primed for economic growth. Northwest Alabama and Jasper specifically are in line for some very significant opportunities in the near future. 78 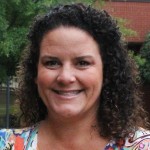