Ephesians 4:17, With the Lord’s authority I say this: Live no longer as the Gentiles do, for they are hopelessly confused. 18 Their minds are full of darkness; they wander far from the life God gives because they have closed their minds and hardened their hearts against him. 19 They have no sense of shame. They live for lustful pleasure and eagerly practice every kind of impurity….20 But that isn’t what you learned about Christ. 21 Since you have heard about Jesus and have learned the truth that comes from him, 22 throw off your old sinful nature and your former way of life, which is corrupted by lust and deception. 23 Instead, let the Spirit renew your thoughts and attitudes. 24 Put on your new nature, created to be like God—truly righteous and holy.

No, I don’t believe in zombies. I detest the current zombie craze in America. But the analogy is apropos, because what Paul is describing in the passage above is a group of people (believers) who are mindlessly “living” like the culture around them, a dark and confused mass with hardened hearts who gave no thought whatsoever to God; they did whatever they pleased without any sense of shame as they practiced impurities of all kinds. Sound familiar?

Paul’s concern was that those he was discipling NOT get caught in the hypnotic cult of low living, of living only for their own pleasure, of feeding at the trough of sensuality until their sense of shame was eradicated by hearts that had been turned to stone and minds that were completely closed off to the things of a holy God. He knew, because he was living it out in his own life, that those who belong to Christ are called to a higher order of living. That’s why Paul is so direct with the believers: BUT THAT ISN’T WHAT YOU LEARNED IN CHRIST…. Paul’s ardent desire was that the Ephesian Christians would really LIVE, that they wouldn’t get caught in the socially acceptable drift of a godless culture where they EXISTED only to please themselves. He knew the end of such an existence sans the things of God: decay, destruction, and death.

Paul wanted them to enjoy the LIFE that they actually had coursing through their spiritual veins—the LIFE of the Son of God; hence, his emphatic admonition: Let the Spirit renew your thoughts and attitudes. Put on your new nature, created to be like God—truly righteous and holy. We DON’T have to live like cultural zombies, imitating the corrupted world around us by taking the path of least resistance. We can be renewed by the Spirit daily; we can open ourselves to His teaching and leading so that our thoughts and attitudes mirror those of God and His Word. We can choose to put on our new nature each day and really LIVE the righteous and holy life that God intends for us.

The LIFE God has made available through Christ is not open to zombies—to thoughtless, mindless automatons who live by instinct alone. It is available to His children, to those who LIVE with intent, whose desire it is to love God and to love others in manner that is truly righteous and holy.

Live no longer as the zombies do. There is a better Way, a rich and satisfying life in the Spirit. Now that’s something worth LIVING for.

Abba Father, deliver us from the evil of low living, from a thoughtless, mindless existence; help us to truly realize what is available in You through Your Word and Spirit; empower us to live the life that You intend for us. Amen. 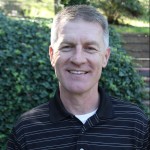