Before he hits the road to work, Mark Fowler dedicates some early morning time on his rowing machine. Early morning cardio has become a way of life for Mark. However, this choice to “get healthy” stems from a wakeup call just four years earlier. Mark had a difficult life-or-death decision to make—either continue in his current lifestyle or make a change.

At 51 years old, change is not usually an easy option, but according to Mark, it was necessary. “In 2013 I was just a couple pounds shy of 300 pounds,” remembers Mark, who had to buy triple X shirts. “My lower back hurt, my upper back hurt, and I just didn’tfeel good. I knew I had to do something or I wouldn’t live much longer.”

When he was 18, Mark’s six-foot-five height and athleticism earned him a scholarship on Coach Glen Clem’s Walker College basketball team. He remembers long practices that required intense conditioning and suicide drills. “At that time I just thought I was in the best shape,” he said. After his college basketball playing days were over, he worked out on and off but never sustained any consistency.

“My weight fluctuated after college,” he recalls. “I think I got up to 300 pounds because I traveled in my truck for work most days between various surface mines and stopped in stores for snacks or fast food.”

Mark would start some health kick and periodically diet and exercise, but he would always stop and end up gaining more weight.

In addition to his back issues, he had an existing torn meniscus in his left knee that has never been repaired. “I really felt I was too far gone to ever get back into any kind of shape,” Mark recalls.

Then four years ago he found CrossFit and discovered with a little encouragement and dedication, it was possible to make the change.

“Initially, all I ever wanted to do was get in some semblance of shape,” he said. “With CrossFit I truly moved beyond just trying to stay in shape and improve my health. For whatever reason, the sport has rekindled my competitive fire. Yes, I want to beat the person next to me, but the real competition has been with myself.”

CrossFit 205 coach and co-owner Kelly Olcott believes Mark’s work ethic sets a positive standard for the younger men who hope to continue healthy active lifestyles. “Mark is a bold, strong example for men in the community,” Olcott insists. “He is a goal-oriented, true gentleman with a sense of humor. He really sets a benchmark for younger men ambitious about remaining fit past the age of 55.”

Mark said even though he hates to quit, his natural tendency is to quit, and he often wants to give up during a workout, but “the sense of accomplishment, the fist bumps, and the high fives after a tough WOD (workout of the day) keep me coming back. CrossFit offers such a friendly, encouraging atmosphere.”

Even if Mark struggles internally with pushing through the tough workouts, it is not always evident to those working out beside him. Jason Kelly, a strong rower who CrossFits with Mark, said, “Mark definitely pushes me when it comes to rowing. He has made such big advancements in the workouts but especially in rowing because he is one of the most motivated people.”

Now at 55, he has finished in the top 20 for men in his age group in Alabama during the worldwide 2017 CrossFit Open.

He believes one side effect of CrossFitting is that his health has drastically improved. Along with the help of his chiropractor and an occasional deep tissue massage, he now has very little issue with these injuries since beginning CrossFit and rowing.

“I have seen people in their 80s or people with disabilities CrossFitting,” he said, “because CrossFit trains the mind to think ‘I can do this’ even when everything else is telling you that you can’t.”

“Another side effect that has happened is mental toughness and confidence, especially in my job. Many who really know me remember me as that painfully shy guy. On conference calls and in meetings these days, I’m thinking, “Wow, was that me?”

In his position as an environmental manager, first in the surface coal mining industry and now for a small power generating company, Mark believes his CrossFit training has givenhim not only stamina that accompanies his work but mental confidence in his job.

“During the past four years of CrossFitting, I generally feel better than I’ve felt in my life,” Mark said. Every day work stress gets to me as I drive from work to CrossFit, and in my weaker days I would have talked myself out of the workout. Now during times when I feel like giving up, I just dig a little deeper and keep going. That’s what CrossFit has done for me.” 78 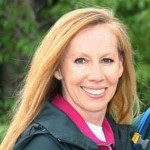