In the 1970s, Leo Cordes sold Malco automotive chemicals to local service stations. The route was so successful that it provided the genesis for an auto parts store.

“Folks who worked on automobiles were familiar with my dad, so when we opened the auto parts store it helped the business grow,” said owner Greg Cordes, recalling the early days of Manchester Auto Parts.

Located on Highway 195, the small, family-owned business has occupied the same space just north of the Blackwater Restaurant and the 195 Tobacco Outlet since the early 1980s. The original building was a 50×50 across the parking lot from the current store, which, Cordes recalls, was built in 1990 and added onto around 1993 or 1994.

Six days out of the week, a customer will find at least one of the Cordeses behind the counter. “My dad and young brother started this business in 1982. I was working with Drummond Coal at the time,” said Cordes. “I told my brother I’d quit Drummond and come to work here if the business brought in a certain amount of revenue sales three months in a row.”

He would quit his job with the coal company three years later.

Originally, Greg’s younger brother had the idea to start the auto parts store with his father’s backing. Greg’s mother was the ultimate catalyst, however. “She was tired of being at the house having spent many years working at Son’s Supermarket,” Cordes says with a light laugh as he remembers his late mother who passed in 2008. “She wanted to go back to work. She told them to get started. So, my dad and brother got the business cranked up.”

The Cordeses are a hardworking family and nearly all of them have spent time at the shop, including Greg’s wife, Mary, who joined him in 1992, and his daughter, Tabitha. “Mary was very important in making MAP a better store,” Greg says. “And I’m so proud of Tabitha. This place doesn’t run without her. She’s accumulated a lot of knowledge over the years and knows her stuff.”

Greg says that all of the women involved—Mary, Tabitha, and his mother—have all been big assets to the store.

For several years, Manchester won Best Parts Store in Walker County, an award given out by the Daily Mountain Eagle as part of the annual Reader’s Choice Awards.

Manchester carries a full selection of auto parts, accessories, and aftermarket parts for car and truck owners. The business specializes in heavy-duty truck parts for commercial and industrial vehicles and stocks a wide selection of top-quality brands. The staff is seasoned; each member has at least twenty years of experience in the automotive field.

“Our number one thing is customer service,” Cordes says. “We do our best to please and help people.” 78 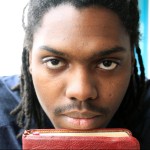